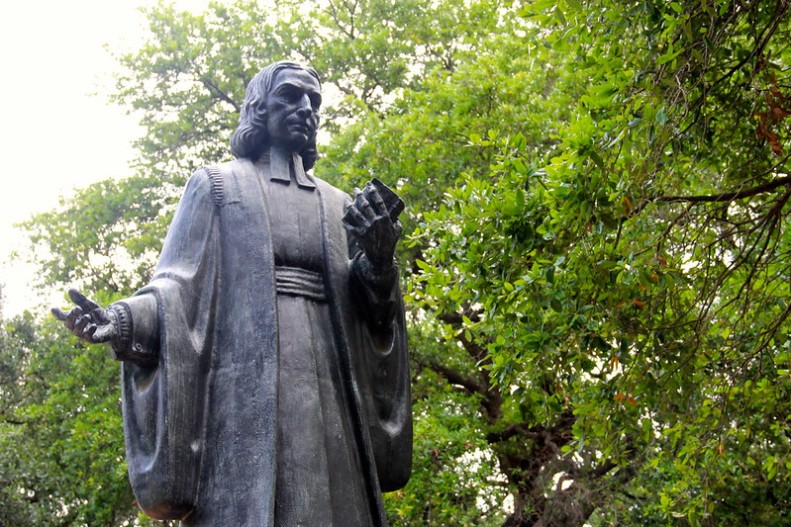 Among the words put in John Wesley’s mouth that he did not actually say, perhaps the most common are the following:

I set myself on fire and people come to watch me burn.

Catch on fire with enthusiasm and people will come for miles to watch you burn.

Wesley did not say either of these. 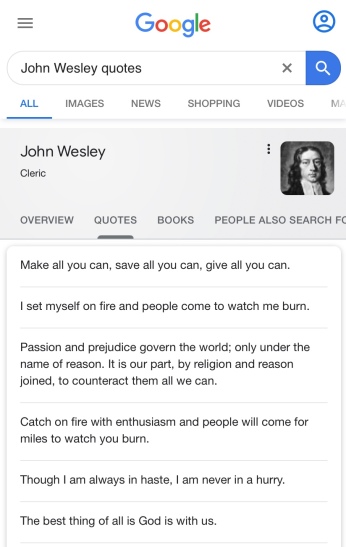 But this may be the most persistent quote that is incorrectly attributed to John Wesley.  I updated this post on April 25, 2020, and did a google search for “John Wesley quotes.” The first entry is an answer box that has a list of unattributed John Wesley quotes. Look at the second and fourth entires!

So, if you ask Google for John Wesley quotes, two of the first four it currently gives you are two quotes that he did not actually say.

It is easy to come up with numerous examples of this quote being attributed to Wesley. But what you will not find is a citation of the source where Wesley is supposed to have actually said it.

I have been surprised by the anger from some commenters on my series of “Wesley Didn’t Say It” posts. Several people have sarcastically said something like, “Oh, so you were there to hear every word that John Wesley ever said?”

Of course I wasn’t. But no historian thinks we can know what dead people said in conversations that were never recorded or written down. It is impossible to prove that someone never said something.

The standard for attributing words to someone is documentation showing they said it. For John Wesley, this would be published writings like sermons, treatises, and his published Journal or manuscript sources like letters.

I was a PhD student when I first wrote this post, so I checked in with an expert before I hit publish. I emailed noted historian of Wesley and early Methodism, Dr. Richard Heitzenrater. His response was along these lines: You can look for that quote in Wesley as long as you want, you won’t find it.

It troubles me that this quote is so frequently attributed to Wesley. It does not sound like something that Wesley would have said. In the email string that first made me aware of how often this is attributed to Wesley, someone commented that the quote was rather “braggadocious” and as a result did not sound like Wesley. I agree. It would not be characteristic of Wesley to say, “I do something awesome, and as a result people come to look at me.”

Wesley’s desire was not to attract people to himself, but to point them to the risen Lord who was their only hope of salvation.

Wesley didn’t say, “I set myself on fire and people come to watch me burn.” We should stop saying that he did.

“In essentials, unity; in non-essentials, liberty; and, in all things, charity.”

“Be present at our table, Lord…“

Do you want to know if Wesley did actually say something that is attributed to him? Check out Did Wesley Really Say That? (Here’s How to Find Out).

Kevin M. Watson teaches, writes, and preaches to empower community, discipleship, and stewardship of our heritage. Connect with Kevin. Get future posts emailed to you. This post was updated on April 25, 2020.

60 thoughts on “Wesley Didn’t Say It: Set Myself on Fire… Watch Me Burn”